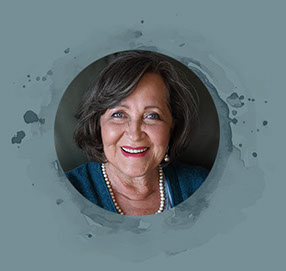 “ Catch the small foxes – the little foxes that spoil the vines”  - Song of Solomon 2:15

Today I want to talk more about stress, but this time about the daily hassles and their insidious effect on our health and well-being.

In an earlier contribution, we looked at major life events and their role in creating stress (Not a walk on the beach).

When one judges the detrimental effect of stress, it is essential to take into account whether the stress is chronic or episodic. Most of the major stressors are once-off events, and although their repercussions may have a long-term ripple effect in our lives, we tend to adjust and carry on. Often, pretty much at our previous level of functioning. There is much talk about the general principle of a “happiness setpoint” that most of us return to after the stressful event has passed. This of course depends to a large extent on the severity of the stress and the toll it took. I am fully aware that there are some events, such as the death of a child, that have the ability to knock one side-ways and onto a totally different trajectory. But in general, most people tend to find their own stability sooner or later after the stressful situation has passed.  We know for example that people who loved work generally are the ones who love retirement too – those who are naturally curious, outgoing or gregarious tend to transfer those qualities into their new situation and bounce back after the initial knock-down.

The daily stresses and hassles are our modern equivalent of the Chinese drip torture. They erode one’s tolerance and patience to the point of collapse. And here’s the thing – researchers have found that in the long run, the cumulative negative effect of the daily hassles, those small foxes, erode our well-being in very sinister, and often unhealthy, ways. More so too because we think that these things are small and ought not to have the impact that they do.

According to Jerry Kennard in https://www.healthcentral.com/article/the-top-10-daily-hassles the top 10 hassles according to a Zew Zealand Study are:

• Too many things to do

• Troubling thoughts about the future

• Health of a family member

• Concerns about getting ahead

Anita Delongis and her team found in 1982 that the hassles, as recalled by the study participants, correlated negatively with their reported health. The findings suggest that it is these hassles, rather than rare life events, which affect stress levels the most significantly over time.

O’Connor and his colleagues found in 2008 that the experience of daily hassles was associated with an increase in unhealthy eating behaviour, such as snacking.

Fortunately for many who retire or scale down, many of the really irritating daily hassles, such as the commute to work, being stuck in traffic, having to do lift schemes or having to follow someone else’s instructions or time table are no longer issues. However, they can be replaced by constant searches for missing items, endless bickering, worries about health, the state of the country, finances, and constantly having to repeat yourself if your partner loses hearing or memory.

Individual differences in perception, tolerance and experience play a massive role in whether something is perceived as being stressful or not. Each of us has to assess our own situation and decide which of those little foxes need to be dealt with. (We will do a separate article just on coping and positive psychology techniques to help reframe and destress.)

At this point I want to add in another piece of stress theory that will help explain the erosion of our reserves with long-term stress. You might be familiar with the work of Dr Hans Selye, the father of stress research and the General Adaptation Syndrome (GAS) that he described as our response to stress.

You will notice that the blue line representing our normal functioning and coping takes a dip when the stressor strikes, but then it is as if our coping improves for some time. This of course depends on how much reserve we have in terms of physical and mental capacity.  It is further influenced by how healthy we are to begin with, but also how well our nutrient reserves may last. The resistance phase can carry on for a good long time until one day, we unexpectedly “hit the wall.” NO MORE! At this point we either have a mental breakdown, abruptly walk out of an unbearable situation or have a physical breakdown, such as a heart attack or other serious illness. However, there inevitably is some damage – the seriousness of which will be determined by many personal factors of genetics, physiology and attitude, but more often than not, it is an irrevocable state change for the worse.

We owe it to ourselves to eradicate as many of the little irritations in our lives as possible. Specific tools and “uplifts” will be dealt with in another blog.  However, we can all start with awareness, a decision to be positive and to reward good behaviour, (but not the negative) with our attention. (Refer to the blog on Human needs and Stroke theory).

In addition, we can support our nutritional reserves by eating fresh and healthy foods and targeted supplementation.

Read more about this in my book Over the Hill Moon – A Guide to Positive Ageing. 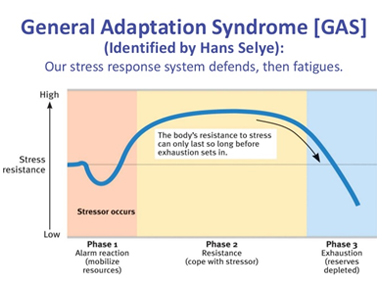 INFORMATION TO BE USED AT YOUR OWN RISK.

Any suggestions or opinions voiced in these pages are those of the authors, and in no way to be constructed as final treatment advice. They are intended as a starting point to develop your own preparation and treatment plan. Please consult your medical and/or psychological experts or caregivers to fine-tune the advice and suggestions for your own unique needs.

MINDFUL RETIREMENT - Out to pasture or a vibrant encore?

RETIREMENT READINESS - Is your parachute in order?

MOTIVATION - The lion or the lighthouse, which do you prefer?

WHAT MAKES YOU TICK? - Understanding our basic human needs

RETIREMENT STRESS - Not a walk on the beach

COPING WITH STRESS - Uplifts and how to create them